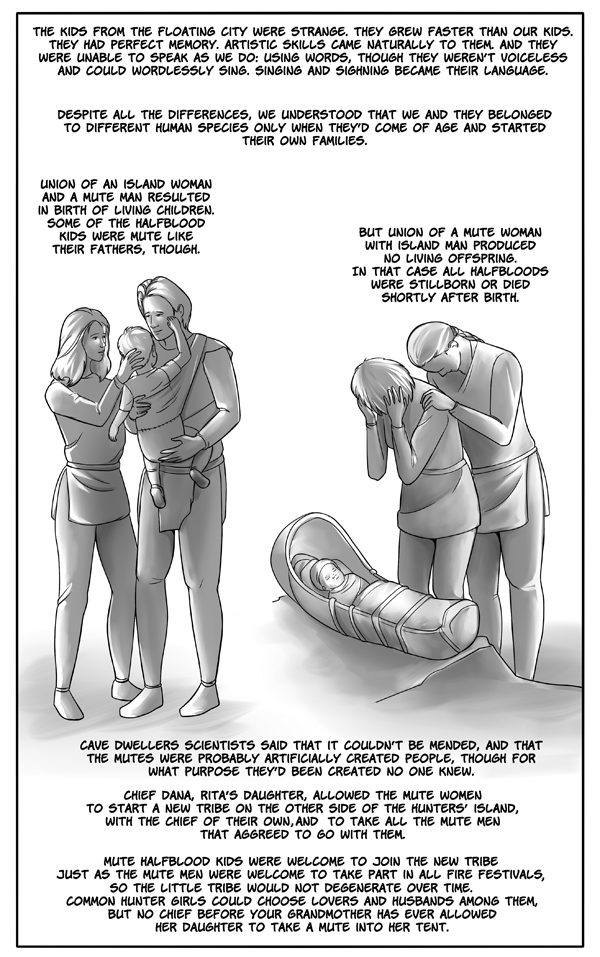 Mildegard
This situation is similar to the one with Cro-Mangons and Neanderthals. It is known they did breed, and modern people still have about 4% of Neanderthal genes, non of them is in mithohondrial DNA (passed only from mother to child), though. There's a theory that only unions of Cro-Mangon women and Neanderthal men produced live and fertile offspring.

The Doodler
Why on earth did the ancients make this race of humans, assuming they did -- what purpose did they have in mind? I'm so curious now!

Mildegard
This puzzle is to be solved in book two where we'll visit several floating cities.