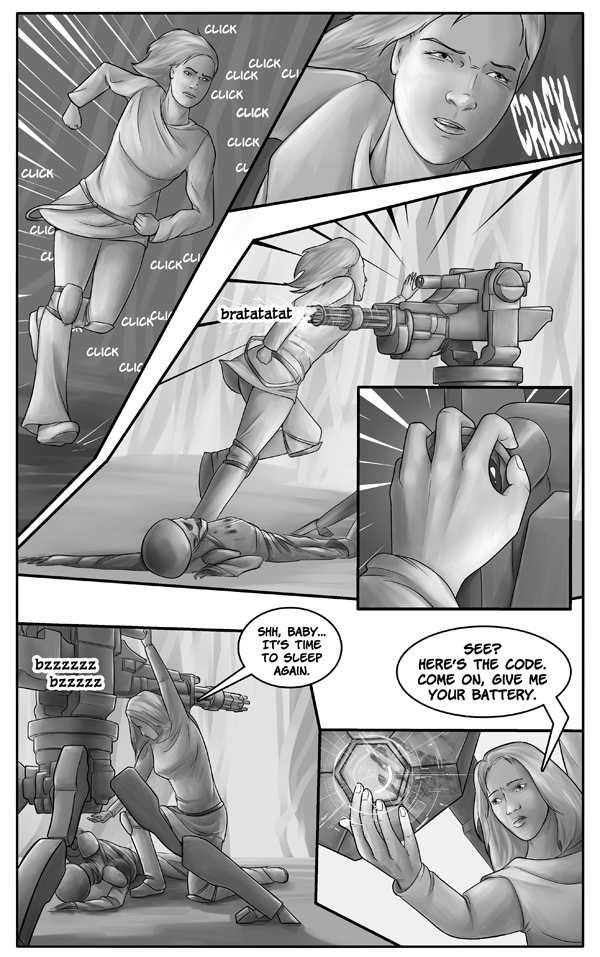 Mildegard
Trying to get to the turret while its gun is jammed is a risky move, but it was the only chance to get everyone out of there alive and Zoe took it. She managed to cover the turret's camera with her hand just in time as something had cracked in the old mechanism making it able to shoot again.
There are people who have a habit of talking to machines and gadgets as if they were living things, and Zoe isone of them. Only a devoted engineer would call a deadly ancient machine "baby".

The Doodler
I know, I work with people like that, I sometimes am one. :P

Fantastic staging and posing, and I love the little detail of their "field engineer" having kneepads.